A Headache Pill for the Plant Manager 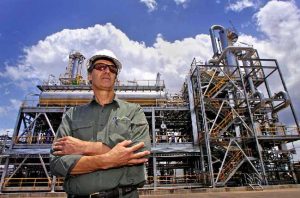 Meet Bob, he is the manager of a US chemical plant. His plant is one of a number of plants around the world owned by a large global corporation.

Bob was suffering from a big headache. His facility had suffered a number of leaks following scheduled maintenance shutdowns. In one case, the leak allowed poisonous chemicals to seep into the ground, endangering the water table and the press had gotten a hold of the story.

The head office was putting him under serious pressure, as the company share prices and public image had tumbled since the story broke. He ordered an immediate investigation by his plant team into why the leaks had occurred and how they could be avoided in the future. The team’s findings were then passed to the head office in time for a group emergency meeting.

A short time later in the head office meeting, the worrying truth was revealed. Despite the hundreds, if not thousands, of joints boxed up each year on their sites holding back a variety of nasty liquids and gasses, there was a missing link along with numerous weak links in their bolting procedures. 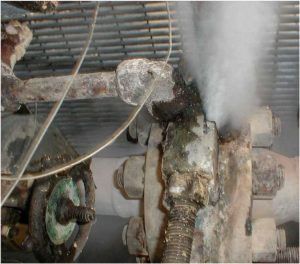 For quite some time they had manually produced the bolting procedures and recorded the joint information, technician, tooling, torque applied during each bolting process and the information was then uploaded into their flange management system at a later date. On the face of it, the procedure appeared to be functioning correctly but after digging deeper the flaws became apparent. There was lots of scope for the procedures not to be followed correctly and the data to be recorded or uploaded incorrectly, but far worse, there was no record of the actual load applied to each bolt.

The theoretical torque or tension was recorded but the link between the target and actual didn’t exist. In the cases where the leaks had occurred, it was identified that the root cause was that the actual load didn’t match the recorded data on

one or more bolts. 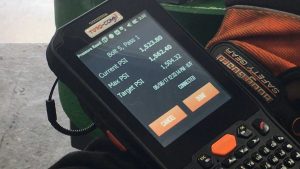 The findings immediately prompted the company to look for a solution to the issues identified and it was at this point they found Torq-Comm. The Torq-Comm Commander XT system bridged the gap, accurately recording and storing joint data including the actual load applied to each and every bolt. Not only this but the Commander demands that the technician follows the correct and latest procedure whilst documenting the results into traceable and reliable information. Use of the system was implemented across the organisation closely followed by zero leaks.

Now, do you think that Bob cared that the Commander XT is user friendly, rugged, cloud based and allows an engineer to monitor the bolting operation from the other side of the world? No, all he cared about was that the procedures were being followed and he received an accurate and reliable report on every joint being tightened, real time at his desk, or wherever in the world he might be.

As a Plant Manager, Bob still has a lot on his plate but his leaking joint headaches have passed since his company has adopted the Torq-Comm way.

In all walks of life there are pioneers and followers. We all know that person who went out and bought the first flat screen TV, when the rest of us still had big boxes in our living rooms. Over time, everyone else saw the benefits and followed suit. In industry, the pioneers often get a head start over their competition, winning business by offering their clients more benefits and a better service. 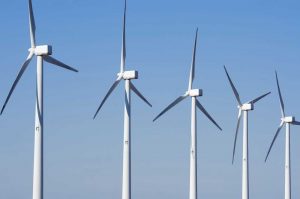 UK based Cirrus Wind Services Ltd are one such pioneering organization. Cirrus Wind provide operation and maintenance services at many UK wind farms. They offer a 24- hour breakdown response time, 24/7 monitoring and bi-annual servicing of the turbines. They pride themselves upon offering their customers the very best service available, so when Torq-Comm’s UK distributor Torq-Solutions Ltd introduced them to the Commander XT system, they instantly saw the potential benefits to both them and their clients.

They put the Commander XT system to the test on a recent service project in Northern Scotland in Summer 2018. Their task was to replace the bolts on three turbine blades in each of five turbines. They were required to remove and replace each 30mm bolt, one at a time, and tighten to 100% of the required torque on the first pass.

Correct bolt identification was critical to ensure all were both replaced and tightened in the right sequence. This is where the TorqTag® came into its own with a new 56x set and associated software being developed specifically for the project. The main difference in this case was that the TorqTags® were to remain in place permanently for future verification so a self-adhesive version was ultimately developed for future projects. 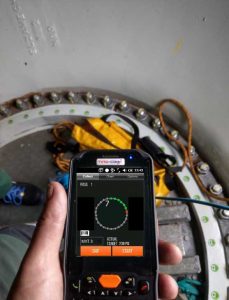 With remote technical assistance from Torq-Comm technicians in the USA, the project was completed successfully.

Scott Ridley of Cirrus Wind Services Ltd commented:“The system has been great, with more benefits than easily explained. I have been torqueing wind turbine bolts for many years. Using this system has been useful in that it gives complete traceability.

This has given us far greater accuracy than other systems we have used in the past. It took us a little longer to torque the 150 bolts this week, but I can say I am confident 100% are spot on.”

Of Course We Can Here at Torq-Comm, we are all…

WE CONTINUE TO SIGN DISTRIBUTION AGREEMENTS Clover Tool Co, based…